Dutch designer Daan Roosegaarde and a team of designers and engineers created the Windlicht installation at the Eneco wind farm in Zeeland, in the Netherlands, to “show the beauty of green energy”. 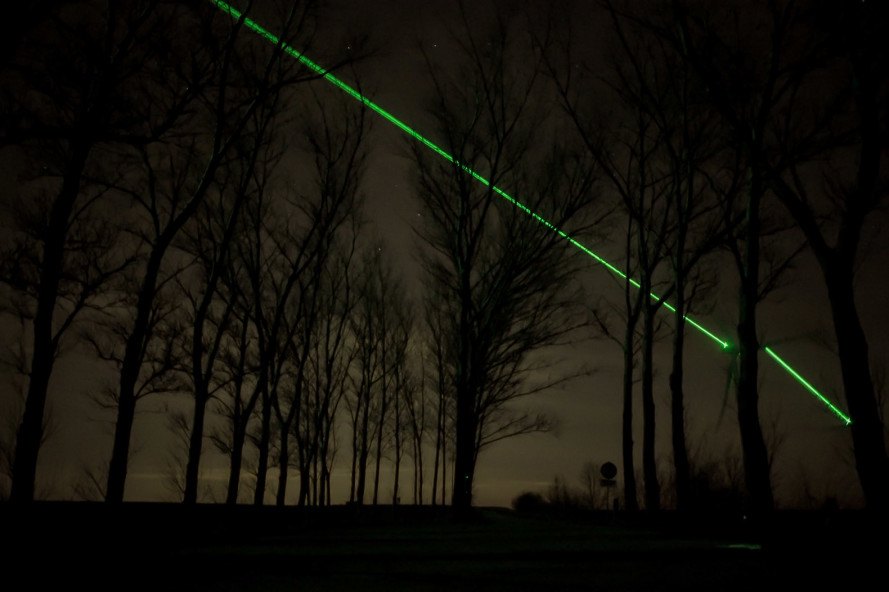 Roosegaarde had designed a software that would allow a green laser projected from one turbine to follow a blade on the turbine next to it.

A tracking system predicts where the blade will be, then sends a signal to the hardware attached to the centre of the turbine – allowing it to adjust according to the strength of the wind and speed of the rotations. 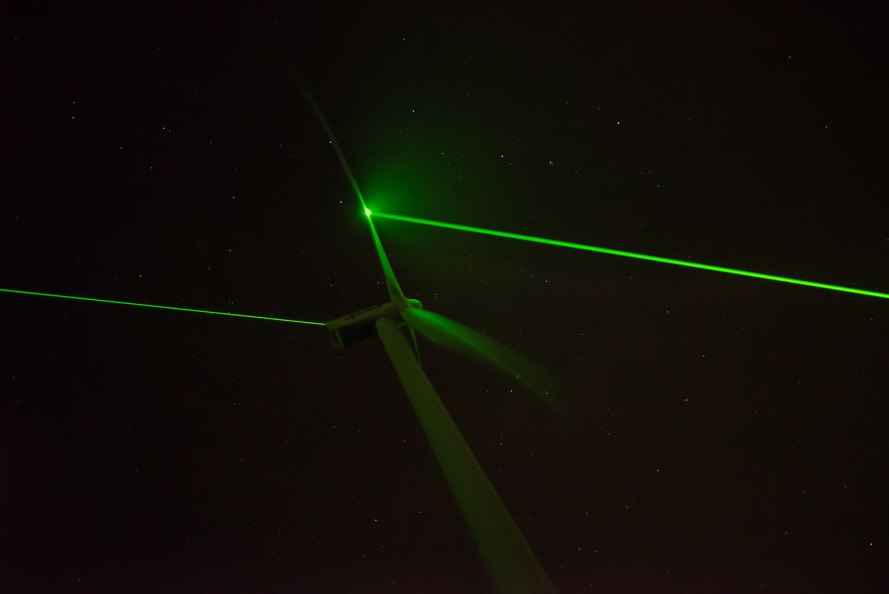