In March 2014, for TED’s 30th anniversary, artists Janet Echelman and Aaron Koblin had collaborated to create Skies Painted with Unnumbered Sparks – a monumental interactive sculpture in the sky.
The artwork is the most interactive sculpture installation to date. It was spanned 745 feet between the 24-story Fairmont Waterfront and the Vancouver Convention Center, Canada.

At night time, the sculpture came to life as visitors were able to choreograph the lighting in real time using physical gestures on their mobile devices. Vivid beams of light were projected across a massive scale as the result of small movements on spectators’ phones.

A complex matrix of 860,000 hand and machine-made knots and 145 miles of braided fiber weighing nearly 3,500 pounds span 745 feet to make up Skies Painted with Unnumbered Sparks.

According to artist Janet Echelman, The title of the sculpture – ‘Skies Painted with Unnumbered Sparks’ – refers to a quotation from Shakespeare’s ‘Julius Caesar’. 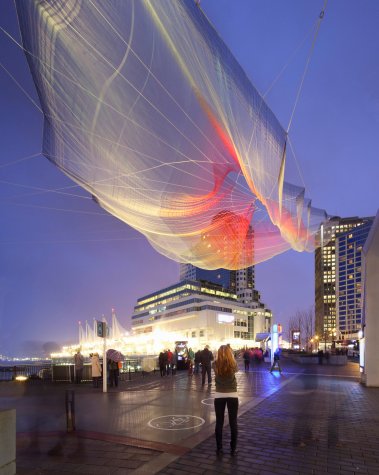 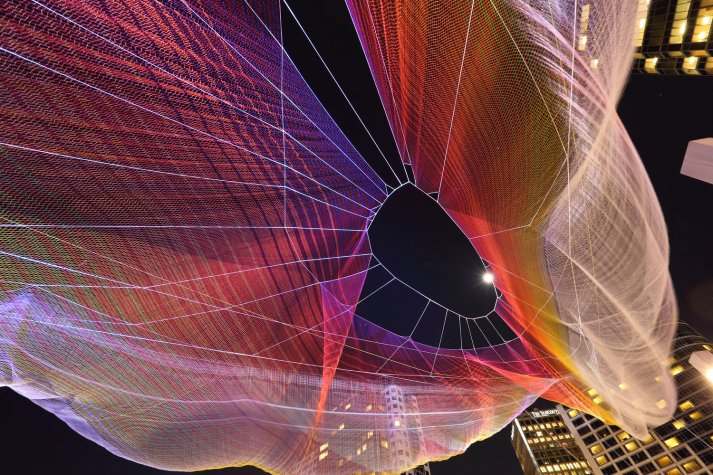 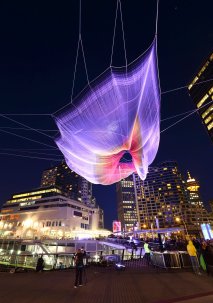 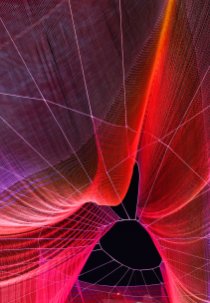 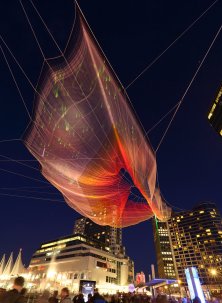 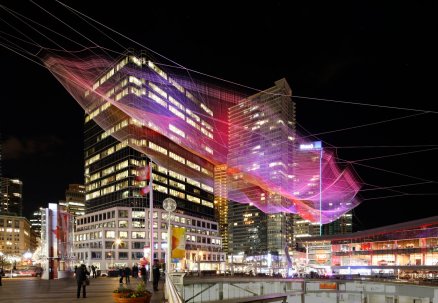