Dream Catcher of artist Janet Echelman is a monumental sculpture for the Sunset Strip in West Hollywood, California.

The ark work is a transformation from an open space between two buildings into a dynamic, translucent art installation. Dream Catcher is constructed with four horizontal structural layers suspended between two hotel towers. Between these structural layers float colorful sculptural elements which combine both tensioned and draped forms. 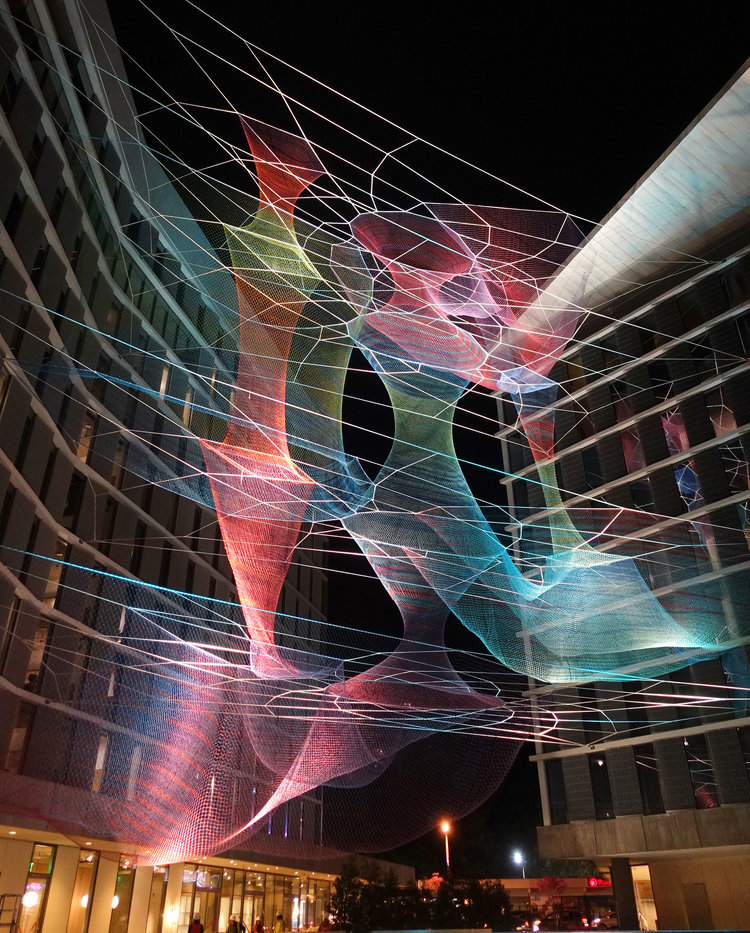 According to the artist: “The artwork’s inspiration stems from dreams and the idea of dreaming hotel guests asleep in the two buildings that cradle and support the sculpture. Her studio’s research into brainwave activity during periods of dreaming provided a data set from which they extrapolated the forms that constitute the artwork. Dreams are not only private experiences, they are also social and cultural ones. Dream Catcher is an apt title not only for how it speaks to the guests of the hotel, but to the larger region and its identity as a global epicenter for entertainment and media – the place where dreams are invented and pursued.” 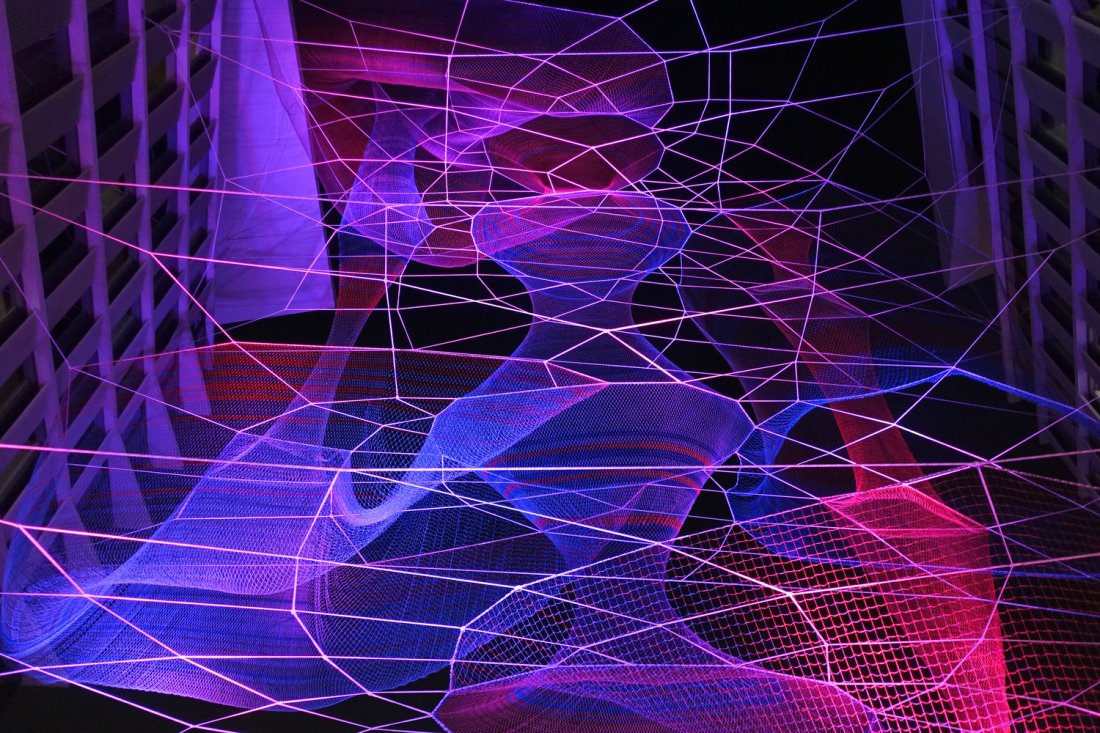 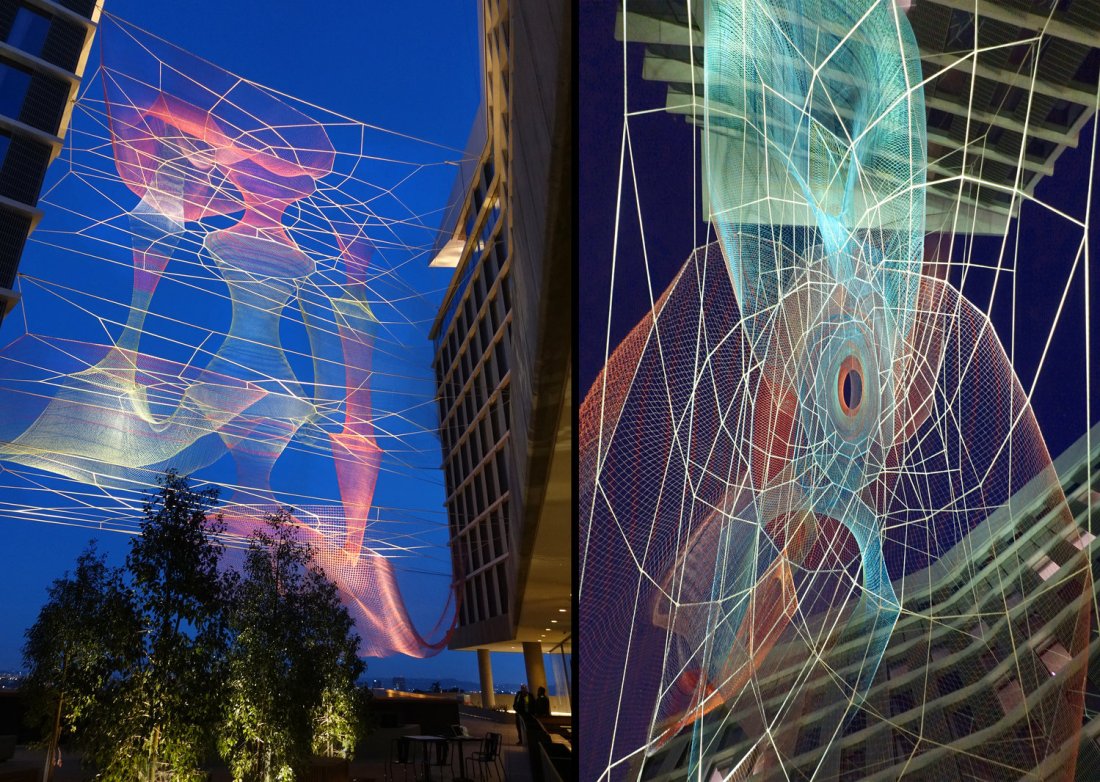 My goal was to create an iconic illuminated beacon of light within the urban landscape. During the daytime, the gently pulsing fiber casts shadow drawings onto the ground below, and at night the colored light adds another dimension to the artwork. The chromatic drama of Dream Catcher, particularly at night with its LED lighting design, offers a vibrant, illuminated visual field prominent both from Sunset Boulevard and locations south of the site. 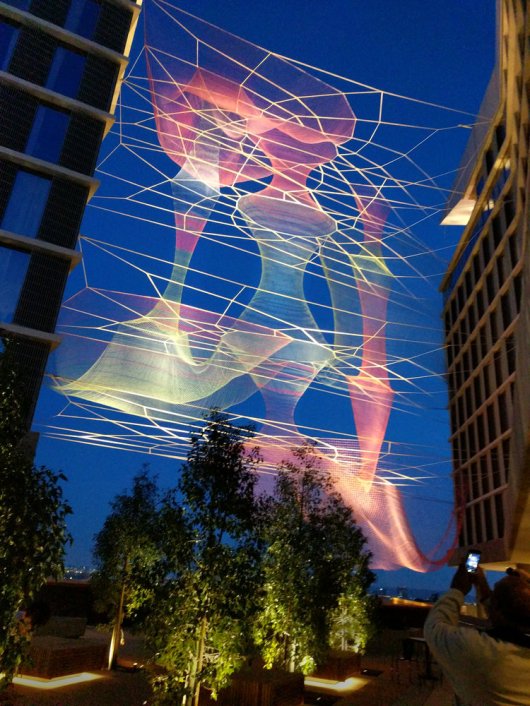 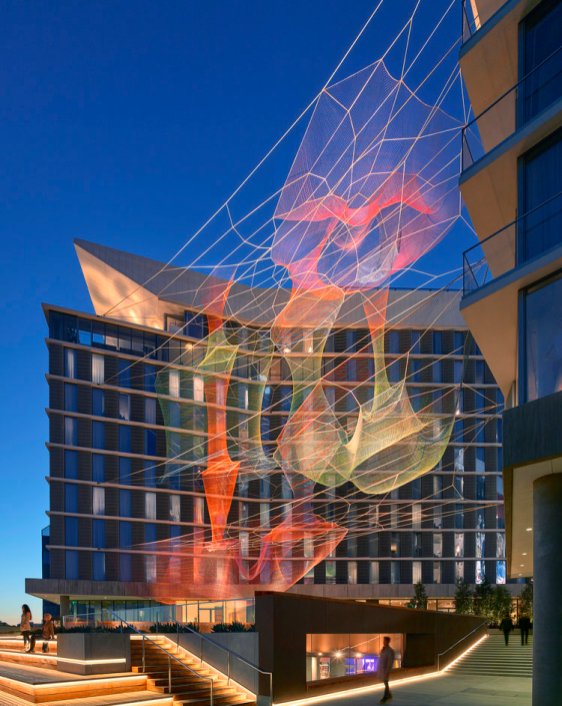