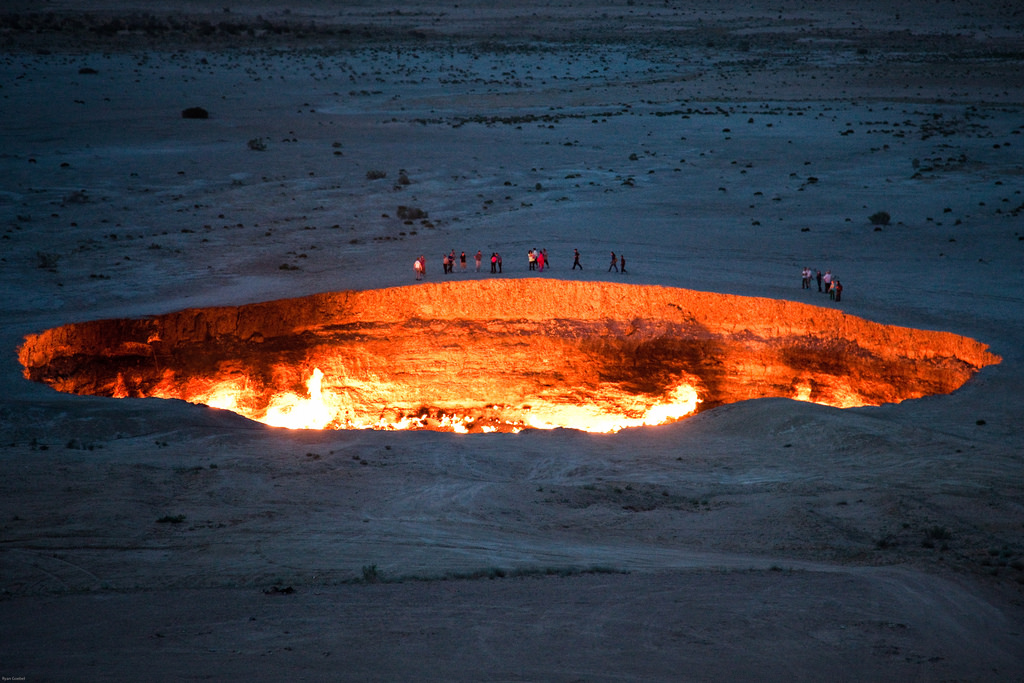 “Door to hell” or “Gate of hell” is the name of a burning crater located in the middle of Karakum desert, Derweze, Turkmenistan. It is the result of a drilling blunder by Soviet scientists in 1971.

The crater is situated within a natural gas fields and was originally thought to be a substantial oil field site. After the collapsing of the drilling rig, the Soviet scientists set it on fire to prevent the spread of methane gas, and it is thought to have been burning continuously since 1971.

Currently, the fire is still on and the crater becomes a popular tourist attraction in Turkmenistan.