Known as “Le Petit Paris” during the French colonial period, Da Lat city was established under the incredible urban planning and architecture of Ernest Hébrard (1923), Louis Georges Pineau (1933), H. Mondet (1940) and Jacques Lagisquet (1943). When the French governor Paul Doumer decided to build “The first construction program for Da Lat” (Chương trình xây dựng đầu tiên cho Đà Lạt) in Lam Vien Plateau, the city was designed as a resort for French people in Indochina at the beginning. It would become also an administrative center, military barracks, education centers and accommodations for foreign and elite families in that period.

During the World War II, Da Lat was the capital of the federation of Indochina. The French authorities had managed also to build many valuable heritages (1,500 rich villas, schools and boulevards) inside the city. Its architecture is dominated by the French colonial style, such as the architecture of the Southern of France, the Anglo-Normand, the Basques, and the Bretagne style, etc. Art deco style also plays an important role, in particular through the Summer Palace of King Bao Dai.

Built in 1933, the Summer Palace was designed in modern art deco style, using as a retreating place for King Bao Dai and his royal family during the summer 1938 – 1945. The style was one of the most fashionable and popular trends in many developing countries back then. It was a choice of the French colonial authorities and the King Bao Dai to symbolize the wealth, luxury and sophistication.

Located in the middle of the “Bois d’amour”, the palace was designed by the French architect Paul Veysseyre.

This heritage is now in hands of a wealthy Vietnamese man, who strives to protect and valorize it. He requested for the cooperation of experts and French consultants, with the aim to relive the historical values and moments of this place.

At first, the challenges for consultants were to study and understand wisely the history of the place, the people’s lifestyle at this time, the architecture and interiors. We also think about finding a new approach to refresh and modernize the palace in future. 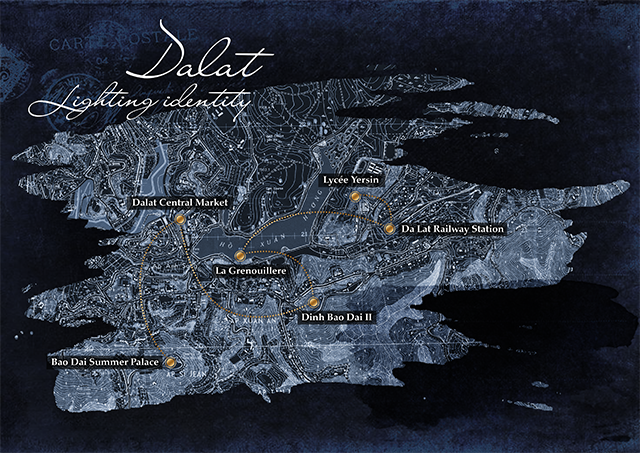 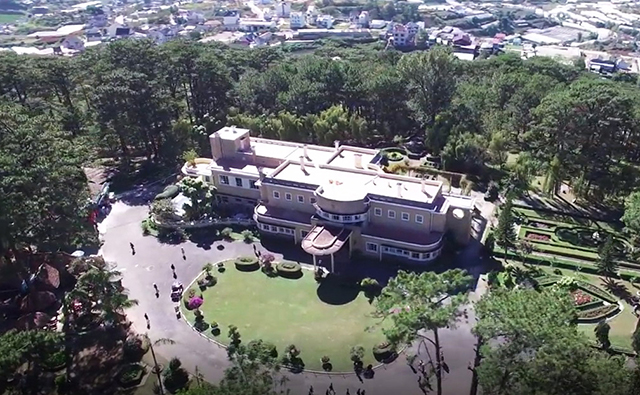 The Summer Palace from the aerial view 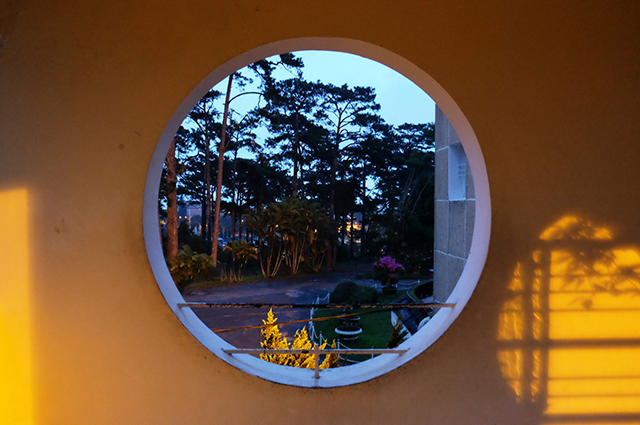 Art deco architecture of the palace 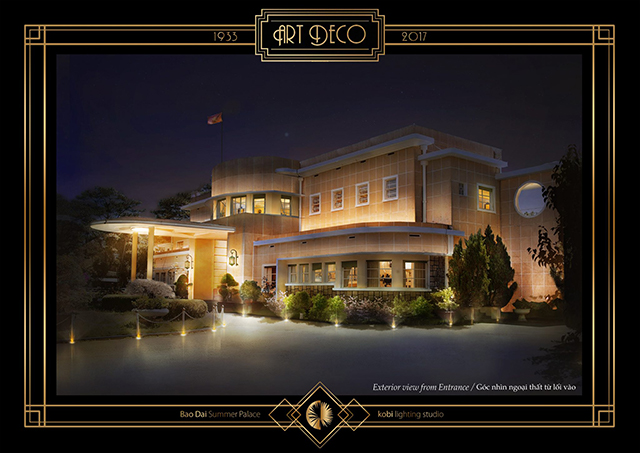