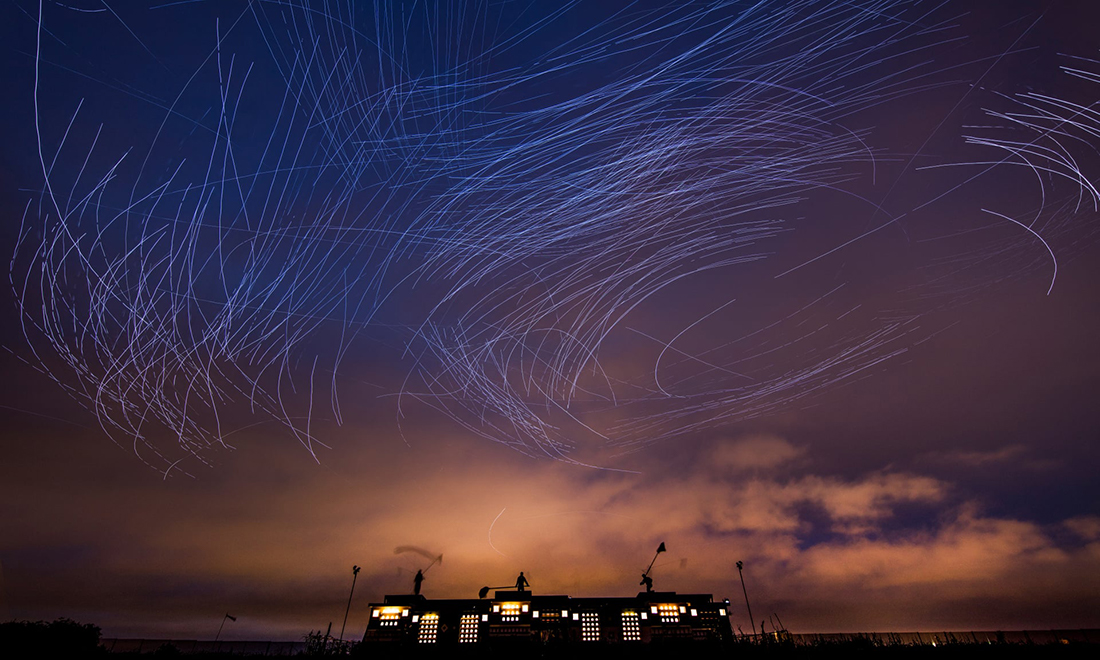 “Fly By Night” was premiered by artist Duke Riley in New York in 2016. This public artwork was created in order to celebrate the beauty of the pigeons – a friendly neighbor of New Yokers over the decades.

The artist wanted also to highlight the pigeons’ significant role as messengers during the First World War.

The performance took place about 30-minutes on the Brooklyn waterfront. Nearly 2000 pigeons flying during dusk and early night with tiny LEDs attached to their ankles, flying from Brooklyn Navy Yard. This location is once home to one of the military’s largest pigeon coops, where the birds were trained to deliver messages before radio existed.