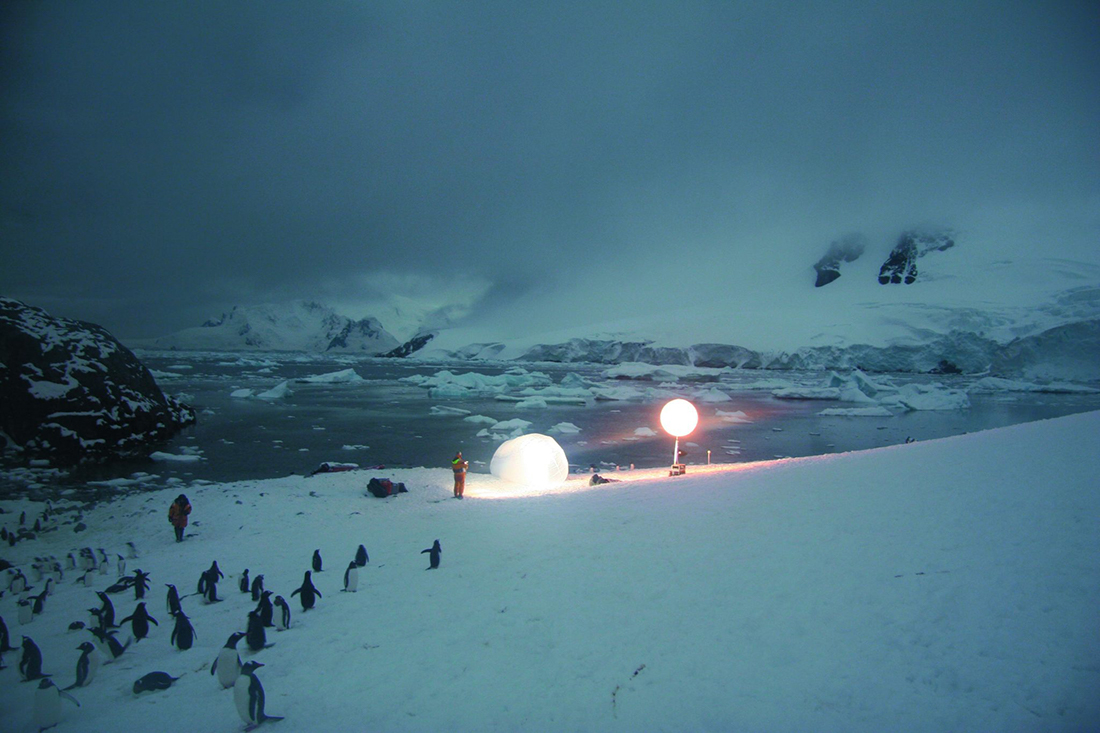 ” A Journey that wasn’t is a colour film that intersperses footage of an expedition to the Antarctic circle with shots of a concert held on an ice rink in Central Park, New York. Aside from a brief voice-over early in the film that provides a small amount of background information about the expedition, the rest of the work is not narrated. The Antarctic landscape is shown using wide shots that emphasise the vastness of the ocean, and the only elements of human life depicted are the boat and its crew, which are shown in both serene and extremely harsh conditions. The concert has a large audience and is elaborately staged, employing various lighting and smoke effects, with a set design that is based on the Antarctic scenes that appear intermittently throughout the film.”