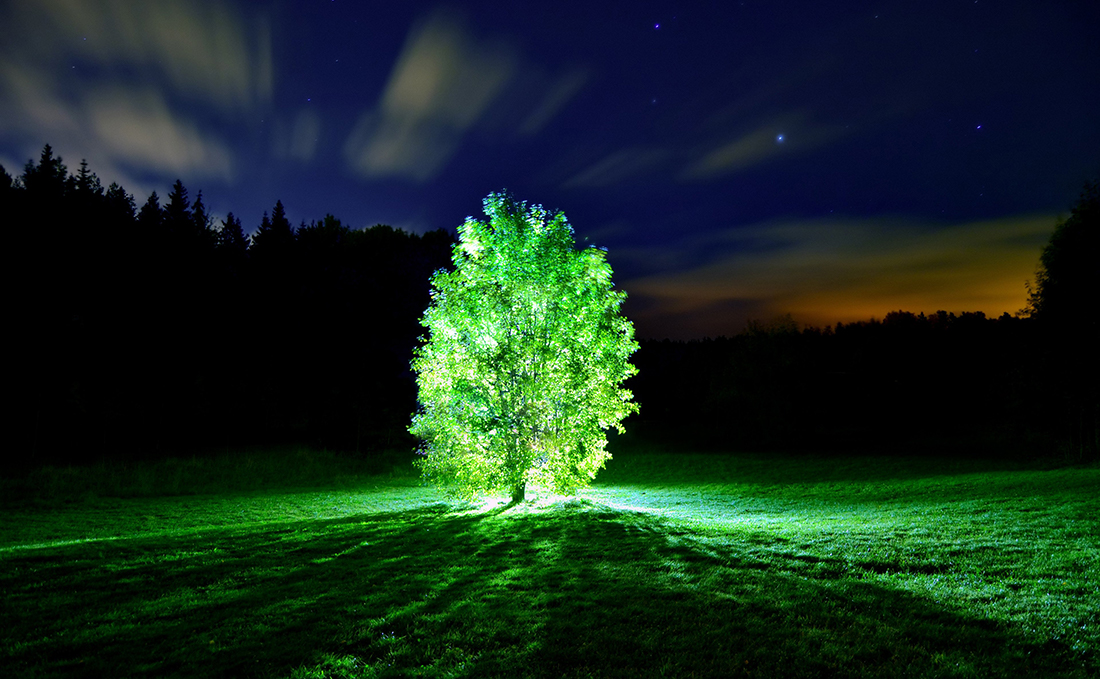 Replace street lighting with glowing trees sounds like a good idea for liting the city in future.

Inside a lab in Denmark, the scientists are testing in tweaking the bioluminescent genes from the algae, then adding it into the trees. By that way, they want to create the natural streetlights which have same functions as the artificial ones. With it, we can save more energy cost and reduce emitted pollutions, said the scientists.

However, this notion is still far away from the reality. It also raises plenty of questions and ethical challenges about it.

For creating these gene-edited glowing plants,
Is it beneficial for both parties, human and tree, or it just serves only for the human’s interests?

What about the negative effects might mess up with the trees’ s GMO? Is it okay for the insects and animals eating and living on those trees?

Will the trees’s life span be affected?

As Ian MALCOLM, an actor in Jurassic Park movie said: ” Scientists were so preoccupied with whether they could, they didn’t stop to think if they should.” . The idea sounds promising, but the scientists still have a long way to go and figure out all relevant issues around this topic.