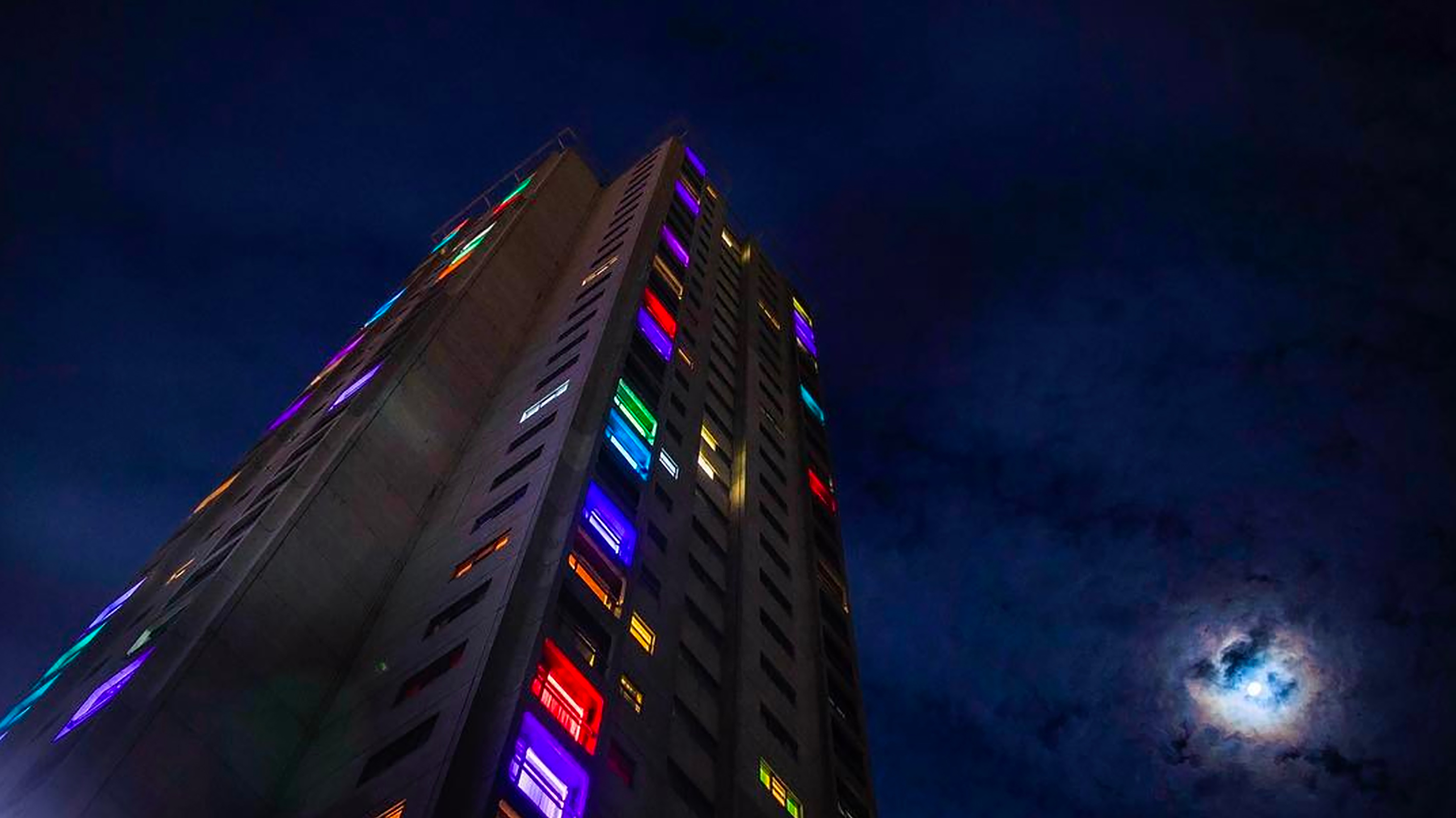 Two years ago, the residents at a 1970s public housing estate in Sydney were fighting gentrification in a simple yet striking display that asserts the presence of their community to the entire city. Every night, hundreds of residents living in towers at the Waterloo estate were turning on colorful lights in their windows to illuminate the buildings. 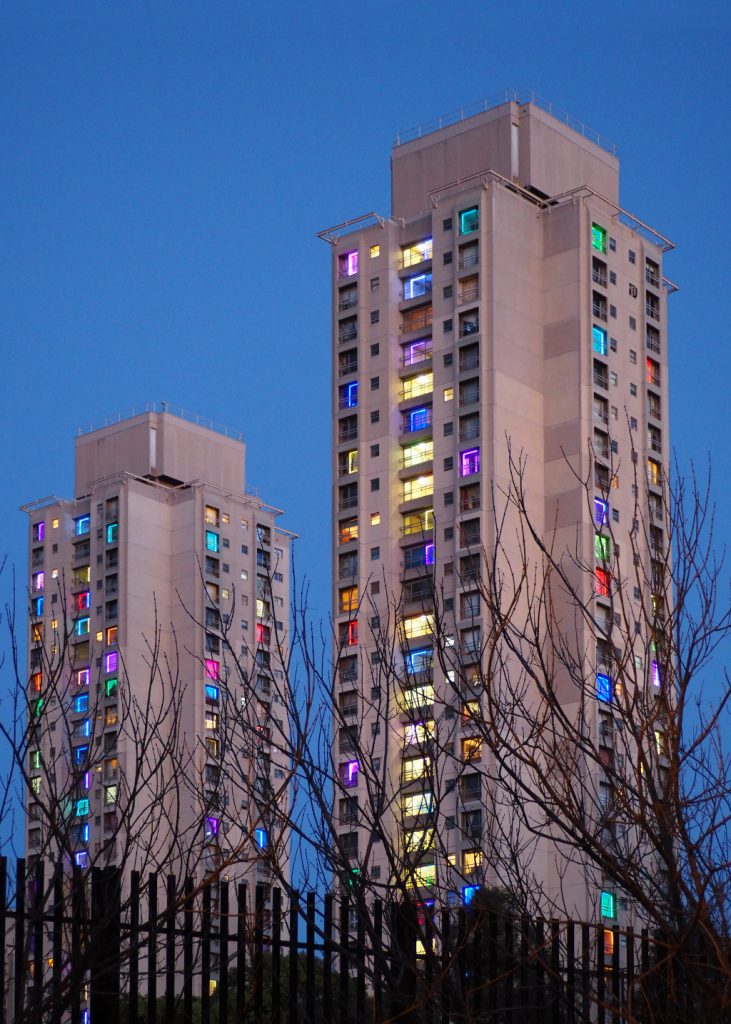 The gesture is part of a major campaign, #WeLiveHere2017, to oppose a New South Wales government plan to raze and redevelop the 40-acre estate into a mixture of private and public housing — a project that would relocate at least 3,600 people and create a high level of dwelling density that’s unprecedented in the country.

According to the residents:

“We hope this project makes people aware that this is actually happening and that the voice of the people living here can be heard. When this development goes ahead we want the wellbeing of the existing community to be put front and center in terms of priorities.”

“The idea of putting an individual light in each person’s window that they can control shows that they are here and that this is their home. People talk about how ugly the buildings are endlessly, but what we care about is the people who are living there.”